Remember the fancy handbound books I was offering a while back? That book, Worshiping Loki, is a simple introduction to honoring Loki inside a general polytheist context. I’ve been working hard for the past several months getting this manuscript ready for general distribution and I’m happy to report that I should have the paper copies in my hands in just a couple weeks.

This is not a traditional publication venture so there’s no ISBN or distribution through Amazon or Lulu. I’m handling everything myself in order to deliver a good quality book at a low price. Since this is a very small book (it’s subtitled “A Short Introduction” for a reason) it just makes sense to do it this way.

While privately printing and distributing this book has numerous advantages, the up-front costs are steep. I’ll have to sell half of my original print run just to cover production costs and the faster I can do that, the better.

As soon as I’m confident that the paper copies are going to look the way I want them, I’ll set up a pre-sale so that a whole bunch of copies can be sent out before I leave for California. This will be the fastest way to get your hands on a copy; I’ll also have copies for sale at PCon if you’re going to be there. 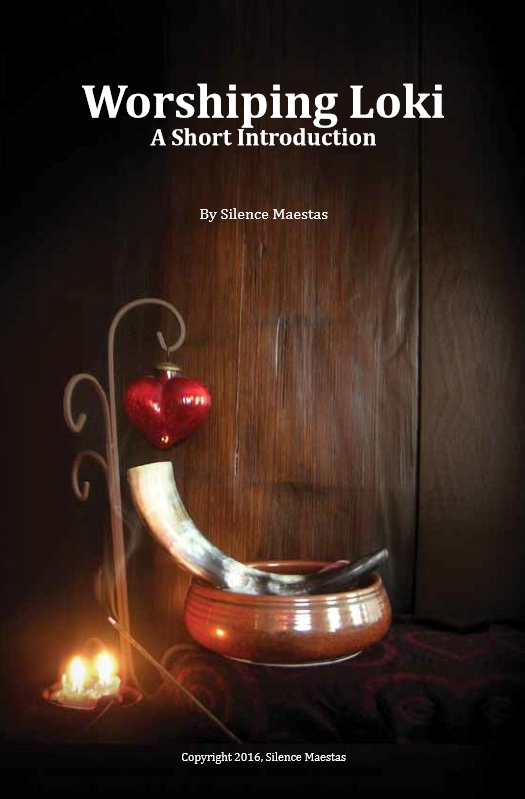 I can’t quote a price quite yet *but* I’m doing my very best to keep the price of the book + US shipping at around $10. I’ll also be doing some kind of promotion once the pre-sale starts, probably a drawing for a handmade Loki devotional or a signed copy of Heartroad or something like that.

In addition to the inexpensive paper copies of the book I’ll also be doing an audio book release of Worshiping Loki. Finally, finally something for people who prefer to listen to their books. This mp3 album will contain an unabridged recording of Worshiping Loki as well as the additional material on Loki’s feminine aspect.

I’m not yet sure what the cost of the audio book will be. I’m only now finally getting my recording equipment put together and I’m letting my voice recover from the three week cold-pneumonia thing I had. I would like to have the audio book version ready around the same time as the paper edition but we’ll see how my recording sessions go. I’m teaching two classes this weekend in addition to working so I don’t have loads of time to dedicate to this project; hopefully only a few takes will be necessary to get the bulk of the content recorded. But at any rate, I’m thinking the audio book will be something like $4 – $7; it depends a lot on what kind of fees are involved.

(And yes, now that I have some audio equipment I’ll be bending my skills to other audio productions. I’ll be doing an audio release of Heartroad at some point in addition to all the other writing I’m doing. I’m also hoping to partner with a few other pagan/polytheist writers to produce audio books of any publications they  hold the rights to. If you’re interested in this sort of work let me know and we can talk.)

Whew! I’ll keep you updated on these projects as they move forward.